Child actors have the power to make films unique but making a major motion picture with children does require more planning, especially when it comes to Automated Dialogue Replacement (ADR).

There are a number of things to consider when preparing an ADR session with a young actor. Recording ADR with young people can take longer as it may be their first time in an audio post-production studio and naturally they may feel nervous. Our approach is to make them feel as comfortable as possible from start to finish, working with the director to schedule appropriate breaks during a session. Children may feel tired or hungry sooner than an adult would so organising a schedule of breaks ahead of the recording day can help ensure a session runs smoothly.

On the recording day we ask the young actor and their parent or chaperone to arrive half an hour before the start of the session if possible. This gives the young actor time to get to know us and to settle into their surroundings. If this is their first ADR session it also gives us a chance to explain how the ADR session will run. They’ll also have time to read through their lines and ask any questions they may have.

Having received the assets from the client beforehand our engineer would have prepared the video, cues and streamers (the on-screen visual cues) via Edicue. Depending on how the director wants to work, the actor is shown their ADR cues and streamers in the control room before going into the voiceover booth. This is an important step as some actors will not have seen visual cues like this before. For cues we use a three second beep and then bars coming in from the left and right hand side of the screen. When these bars meet in the middle that’s the actor’s cue. With a little practice most become accustomed to it fairly quickly and we can always prepare different types of cues if required.

We then do a couple of test runs, playing the cues to make sure they can see and hear what they need to before going for a take. If the actor is struggling with a particular line of ADR we simply move on and come back to it later in the session. This ensures the young actor’s confidence isn’t affected and the session stays on track. The attention given to the preparation of the session really pays dividends and ensures a stress-free time for the actor.

ADR is all about re-creating the on-set performance, as well as allowing creative freedom for any ad-libbed lines and responses. A friendly and comfortable environment with some additional time for preparation helps young actors to produce their best work, which benefits the film and all involved. 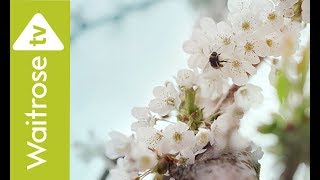